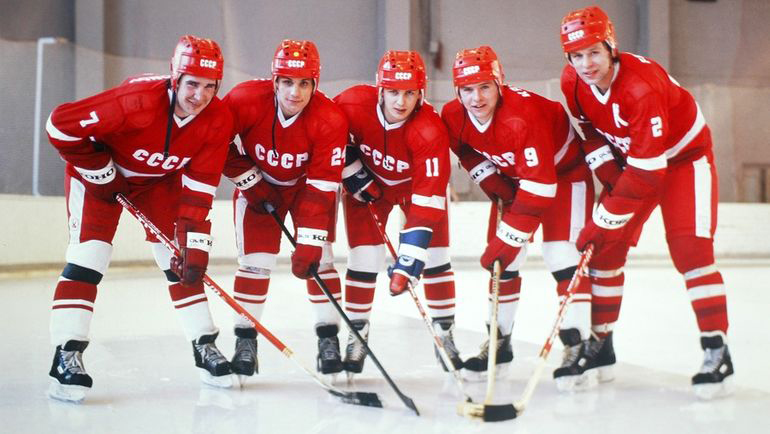 The Soviet first line: Fetisov, Kasatonov, Makarov, Larionov, Krutov was magical, best ever in history of icehockey. The Canadians had to use rouge and unjust methods to stop the russian hockeystars.

Absolutely gorgeous hockey from this line by any standards, even by today’s so-called fast hockey. Ballet on skates. These guys were something else. Russian hockey school is the best in the world.

“They might have been the best five in the world at that time. I was privileged enough to practice at the same rink and after my practice, I would go there just to watch those guys practice.”

Pavel Bure about the Green Unit

Sergei Makarov was lucky enough to play with stars like Kharlamov, Petrov, Mikhailov and during his NHL career with guys like Fleury, Nieuwendyk and Garpenlov. But for about one decade he played in a line that became very famous as the “Green Unit”. 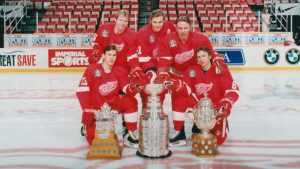